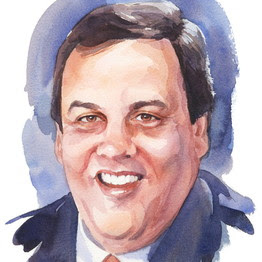 New Jersey Governor Chris Christie today delivered the keynote address at the 47th Annual New Jersey Conference of Mayors (NJCM) and proposed a series of realistic and tangible reforms that will protect taxpayers and empower local governments to manage their budgets more effectively.
Spending at the local level has grown at a dramatic pace, surging 69% since 2001, leading to property tax increases of 70% over the same period. Unchecked levels of spending have left New Jersey taxpayers to struggle under the burden of the nation’s highest property taxes, an average of $7,281 a year.
“We can no longer sweep our problems under the rug, nor can we avoid the hard decisions that must be made following years of spending beyond our means,” Governor Christie said. “This set of reforms will empower municipalities and counties to manage budgets more effectively, without placing ever more burdens on the taxpayers of New Jersey.”
Governor Christie’s reform plans address the property tax crisis head on with a proposed constitutional amendment to limit property tax increases to 2.5 percent per year and a set of common sense tools that will allow local governments to provide the services that New Jerseyans expect at an affordable cost.
By empowering local governments with the ability to hold down costs, Governor Christie is providing the tools necessary to deliver real property tax reform and help to make New Jersey a home for growth.

Cap 2.5 Amendment to Limit Property Taxes. Governor Christie is proposing an amendment to the New Jersey Constitution that would limit to 2.5 percent annual increases in property taxes imposed by school districts, municipalities and counties. The constitutional amendment would apply the same limit to growth in spending for state government operations.

Collective Bargaining Reform. Governor Christie has called for changes that prohibit any new labor contract, including all salary and benefits costs, from exceeding a 2.5 percent cap; provide for arbitrator to be selected by the Executive Branch of state government and require the impact on property taxes to be a principal factor in arbitrators’ decisions.

Civil Service Reform. Governor Christie has called for changes to civil service in our state to eliminate obstacles to cost-saving and consolidation and allow for local governments to opt out of civil service altogether.

Employee Benefit Reform. Simply put, New Jersey’s public employee benefit system must move closer to achieving parity with private sector employee benefits. Under legislation Governor Christie recently signed into law, all public employees in New Jersey will contribute at least 1.5 percent of salary toward the cost of their health benefits no later than when their existing contracts expire. This results in an immediate savings of $315 million this year, and an estimated $8 billion over the next 15 years.

Additional Pension Reform. While the recent pension reform bills signed into law last month are a good and encouraging start, the Governor has called for further reform and action. Among other things, additional legislation must roll back the 9 percent increase in pension benefits granted by the Legislature in 2001 for all pension service credit earned in the future, and cap payouts for accumulated sick leave at $15,000 for current as well as future employees to the extent permitted by law.

Red Tape & Unfunded Mandates. One of the Governor’s first actions upon taking office was to sign a series of executive orders, including a freeze on 172 pending rules and regulations that were set to take effect and ordering their review to determine their impact and necessity. Further through executive order, Governor Christie has sought to limit the downpour of additional state mandates by requiring that any new mandate have express authorization from the Governor’s office.

Election Reform. The Governor is proposing legislation to move school board and fire district elections to November. In addition to increasing voter participation in these elections, localities will achieve cost savings associated with no longer administering a stand-alone election in April.

NJCM was founded in 1963 by a group of leading Mayors who believed their collective voices should be heard in Trenton and Washington. NJCM has since become the largest statewide organization in our Nation to exclusively represent the interest of Mayors to the State and Federal Legislatures and Administrations.