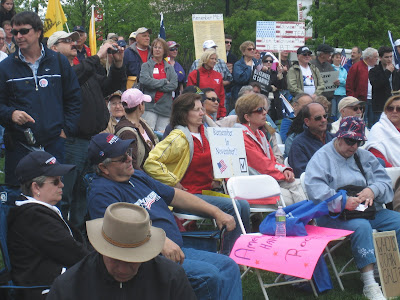 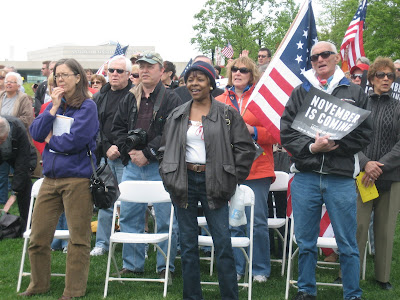 Do any of these people look like anarchists or terrorists? 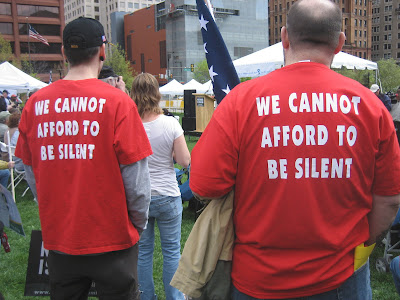 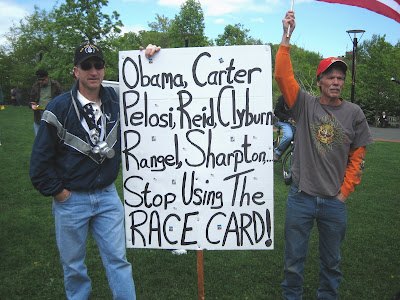 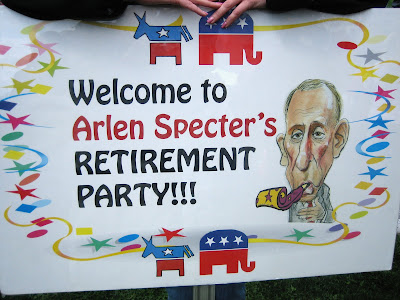 Is there something wrong with expressing your views in an open forum?
Joey Vento (below) doesn't seem to think so. 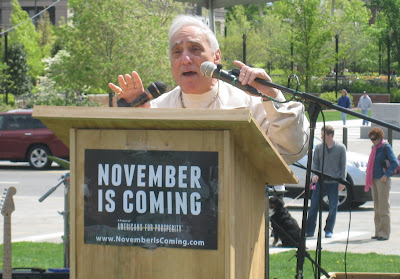 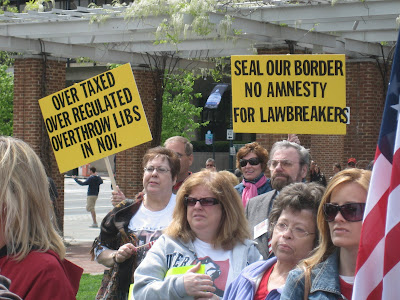 These fired-up citizens have no intenion of disappearing.
And November will be here before you know it. 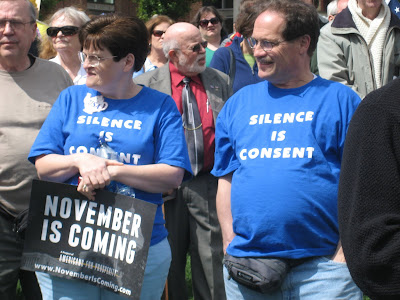 Yesterday was a great day in front of Independence Hall in Philadelphia as more than 1,000 ordinary citizens and taxpayers turned out for the Take Back Congress Rally sponsored by the Independence Hall Tea Party Association.
The great Joey Vento of Geno's Steaks was there along with many area congressional candidates who are seeking to replace the incumbent members of Congress who got us into our current mess.
Joey had no notes or prepared remarks. A successful businessman and self-made American success story, he speaks from the heart - honestly and forthrightly.
Among the candidates who spoke were South Jersey congressional candidates Dale Glading and Jon Runyan. Both are very impressive challengers.
The rally was fun, boisterous, invigorating and blessedly peaceful.
As I walked through the crowd and chatted with the participants I found that these people are proud, hard-working Americans and weary taxpayers. They are friendly, remarkably well-informed and admirably engaged in the civic affairs of their towns, cities, states and the nation as a whole.
They understand what the Constitution and the Bill of Rights are all about. They know that our founders intended for us to have limited interference from the national government under a federal system of shared power and numerous checks and balances.
They realize that things are not working out as expected.
They want their country back.
And they're very, very determined.
Posted by Dan Cirucci at 8:26 AM

Mike Fitzpatrick spoke as well. We Like Mike! in Bucks County.