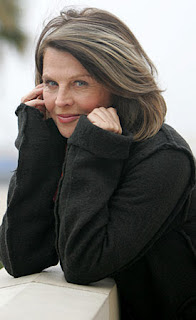 Each year when the Oscar nominees are announced there are glaring omissions and obvious faux-nominations. This year is no exception.
I have no problem with Johnny Depp being nominated for Sweeney Todd (even though he ain't no singer) but I wonder why the movie itself wasn't nominated. And why was the insufferable George Clooney nominated along with his preachy movie, Michael Clayton?
Daniel Day Lewis is probably the world's greatest living actor so there is little doubt that he deserves his nomination for There Will Be Blood. But why was Danzel Washington completely overlooked? Washington starred in two worthy flicks: The Great Debaters and American Gangster. One must also ask why Viggo Mortensen was nominated. And does Ellen Page really warrant a nomination this early in her career? A better bet might have been Julia Roberts for Charlie Wilson's War. Still, I'm glad that Sean Penn missed out on a directing nod for the indulgent Into The Wild. But why wasn't Tim Burton nominated for Sweeney Todd?
"Bravo!" to Havier Bardem for his best supporting actor nomination. Bardem would seem to be the favorite.
And I'm delighted that the superb Julie Christie (pictured) has been nominated for "Away From Her" and am hopeful she will win her second Oscar. Christie remains a dazzling talent and one of the world's great beauties. If you've never seen her Oscar performance in Darling, rent it now and watch it.
Please note: Once again Oscar chooses anti-capitalist, anti-business flicks such as There Will Be Blood and Michael Clayton. And once again the documentary category includes anti-war flicks and Michael Moore's latest regurgitation.
And let's not forget the sad, sad state of movie music. It's so bad that the fairy tale* Enchanted garnered three best song nominations.
*As in "Give me a break. This is the biggest fairy tale I've ever seen!"
Posted by Dan Cirucci at 10:30 AM