Following is a very special message from Brian Birch of catholicvote.org: 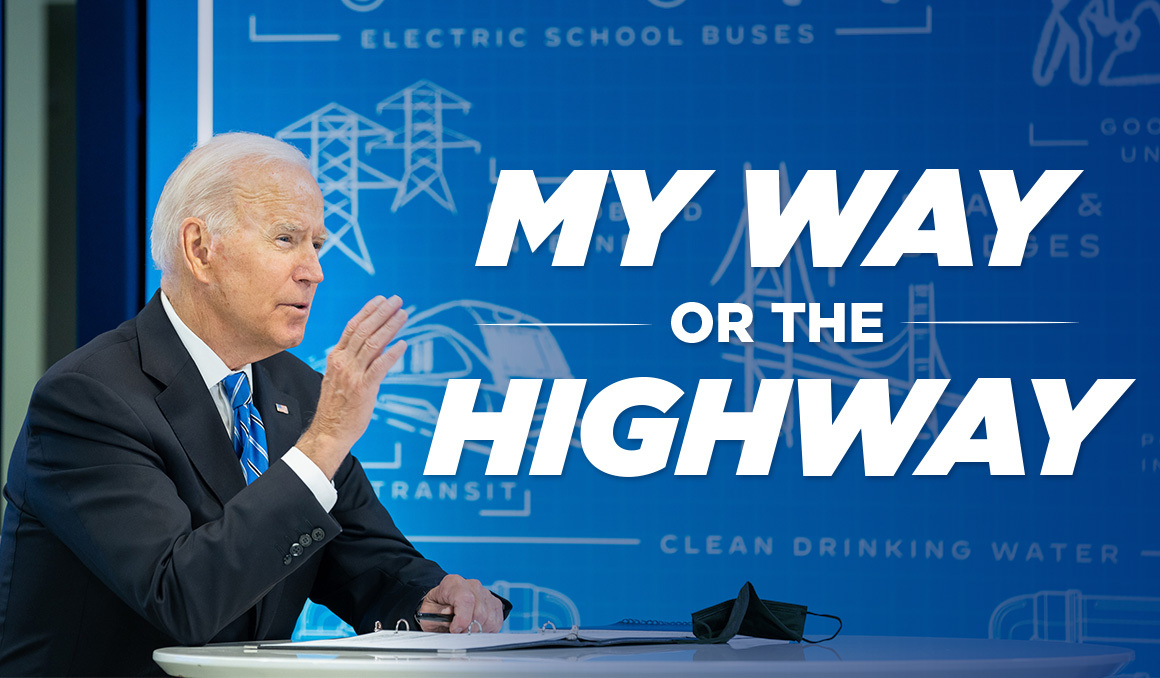 I’ve been wanting to write this for a few weeks.

Sometimes it helps to stop and think.

What’s actually happening in Washington D.C.? Lately all the talk has been about money and politics: $5 trillion. $3.5 trillion. Debt ceilings, “infrastructure,” taxes and votes.

But when Democrat Senator Joe Manchin announced last week that he would oppose the massive “infrastructure” scheme, he didn’t just talk numbers. His whole statement is worth reading. These courageous words from him struck a chord:

“...spending trillions more on new and expanded government programs, when we can’t even pay for the essential social programs, like Social Security and Medicare, is the definition of fiscal insanity.”

And then he said this:

“Overall, the amount we spend now must be balanced with what we need and can afford – not designed to reengineer the social and economic fabric of this nation…”

“Reengineer the social and economic fabric…”

Those aren’t measured words. They are warnings. Manchin seems to be one of the few adults left in the Democratic Party. Despite what the media has lured the public into thinking, it's not just about the money. It’s about what these policies are designed to do.

$5 trillion dollars is the equivalent of giving one million dollars to every citizen of St. Louis, Denver, Miami, Cleveland, Boston, Detroit, and San Diego -- combined.

Now ask yourself a simple question: how much of the proposed trillions and trillions to be spent on “infrastructure” do you understand -- or even know about?

HERE’S A CLUE: so-called “human infrastructure” is code for the largest social experiment in American history. “Free” preschool may sound like a harmless idea, until you realize parents have no choice in what preschool their kids can attend (Catholic preschools will not qualify). And don’t forget these are the same schools asking kindergarteners about their gender identity.

Why stop at preschool?

The latest proposal will eventually backslide into government-sponsored care from birth. The White House has boasted of “building a supply of infant and toddler care.” Democrats in Congress want “universal child care.” Why should anyone be burdened with the work of raising a child when they have goals and dreams to pursue?

The New York Times called the plans “a cradle-to-grave reweaving of a social safety net.” Sound wonderful to you?

Consider that the war on science has already banished the biological reality of “male” and “female.”  But their agenda is far more sinister. If men and women are interchangeable, so are mother and father. So is the family. We’ve evolved. The traditional idea of children thriving best in a stable home with a mother and father must be replaced.

And Joe Biden and AOC are here to help!

You see what is happening? Children are ‘burdens’ that we must be alleviated from. If you don’t like their gender, their genes, their timing -- abort them.

And if you do “plan” to have a child, science, big tech, and the government will be mobilized to handle the work of raising them. They know what’s best.  They have the algorithms. They will make sure your child isn’t racist, sexist, and of course -- properly vaccinated!

Now when you hear Virginia gubernatorial candidate Terry McAuliffe say parents should have no say in their child's education, it all makes sense!

And then there is the Green New Deal...

Remember that during the 2020 presidential campaign Joe Biden was sold to the American people as trusted old “Uncle Joe” who would bring less drama and more competence to the Oval Office. Democrats expected to win in a massive rout. And then they didn’t.

For the past 10 months, they’ve behaved as if Bernie Sanders won a 40-state landslide. Their legislative agenda is the Obama-era on steroids, plus a few more trillion. Yet today they are chasing female Senators into bathroom stalls to lobby for votes.

The American people did not sign up for this.

Joe Manchin was right when he said “America is a great nation but great nations throughout history have been weakened by careless spending and bad policies.”

A lot of people may be tempted to think the Catholic Church has nothing to offer in response.  But the truth is the Church stands at the crossroads. Western civilization, real science, virtue, faith, family, and authentic human communities are the alternative to Joe Biden’s vision for the future.

It turns out “human infrastructure” may actually be the right term.

The question is: “infrastructure” for what?

P.S. Like what we are doing? Our news, educational programs, and grassroots activism are reaching millions of Catholics every month. Everything we do is powered by our CatholicVote Champions. Become a Champion today.