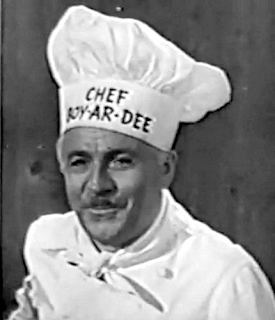 Many people actually thought he was French. And his product has been scoffed and even derided by more than a few Italian Americans. But Ettore Boiardi was a visionary who introduced quickly-prepared Italian style food to millions who might not otherwise have known about it or tasted it.

Yes, Chef Boyardee, the man behind the nation’s leading brand of spaghetti dinners, pizza mix, sauce and pasta, was really Ettore Boiardi, an Italian immigrant from Emilia Romagna. Boiardi was born in Piacenza, Italy in 1897, to Giuseppe and Maria Boiardi. On May 9, 1914, at the age of 16, he arrived at Ellis Island. Boiardi followed his brother, Lorenzo, to the kitchen of the Plaza Hotel in New York City, working his way up to head chef. While working at the Greenbrier Hotel in Greenbrier West Virginia, he directed the catering for the reception of President Woodrow Wilson’s second wedding.

His entrepreneurial skill became polished and well known when he opened his first restaurant, Il Giardino d’Italia, whose name translated as “The Garden of Italy”, at East 9th Street and Woodland Avenue in Cleveland in 1926. The patrons of Il Giardino d’Italia frequently asked for samples and recipes of his spaghetti sauce, so he filled cleaned milk bottles for them.

Boiardi began to use a factory in 1928 to keep up with orders, setting his sights on selling his product nationally. Touting the low cost of spaghetti products as a good choice to serve to the entire family, Boiardi introduced his product to the public in 1929. In the 1930s, he began selling his pasta and sauce in cans. In 1938, production was moved to Milton, Pennsylvania, where they could grow enough tomatoes and mushrooms. Proud of his Italian heritage, Boiardi sold his products under the brand name “Chef Boy-Ar-Dee”, so that his American customers could pronounce his name properly. During World War II, the company was the largest supplier of rations for the U.S. and Allied Forces.

Boiardi appeared in many print advertisements and television commercials for his brand in the 1940s through the 1960s. His last appearance in a television commercial promoting the brand aired in 1979. Boiardi continued developing new Italian food products for the American market until his death in 1985, at which time the Chef Boyardee line was grossing $500 million per year for International Home Foods. Today, as part of Conagra Foods, it continues to be a hugely successful brand and Boiardi's products are a staple in many American kitchens.