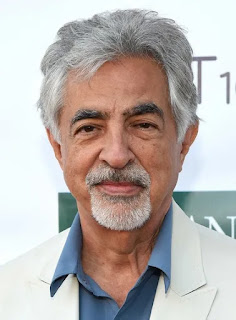 Mantegna was born  to Italian American parents Mary Ann (Novelli), a shipping clerk from Acquaviva delle Fonti, Apulia, Italy, who died in 2017 at the age of 101, and Joseph Henry Mantegna, an insurance salesman  from Calascibetta, Sicily, who died in 1971.

Always the baseball fan, Joe conceived and co-wrote the Off-Broadway play Bleacher Bums, inspired by countless afternoons watching the Chicago Cubs play in Wrigley Field. Once the Chicago PBS affiliate picked it up for production, the play both earned Joe an Emmy Award.

Joe made his feature film debut in 1985 as the womanizing dentist in Frank Perry's Compromising Positions. He also starred in the critically acclaimed David Mamet films House of Games (now a cult classic) and Things Change, for which he and co-star Don Ameche both received the coveted Best Actor Award at the Venice Film Festival. In 1991, Joe starred in the highly praised police thriller, Homicide.

He enjoys appearing regularly as the voice of Fat Tony on The Simpsons. During his career Joe has portrayed several real people, such as George Raft in Bugsy, Fidel Castro in My Little Assassin, and most notably, as Dean Martin in The Rat Pack. He also starred as Justice Joseph Novelli in the CBS series First Monday.The series co-starred James Garner and Charles Durning.

Joe’s run as David Rossi in Criminal Minds ended Feb of 2020 with the 15th and final season of the hit show. He continues hosting and producing duties on Midway USA’s,  “Gun Stories” for the Outdoor Channel as well as Co-hosting the National Memorial Day Concert.