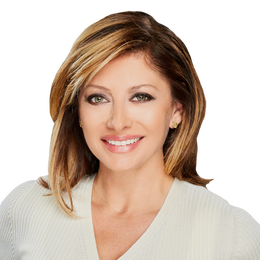 She's unquestionably one of the most successful and most recognizable TV personalities -- a journalist, broadcaster and hugely admired fixture in millions of American homes. She's Maria Bartiromo.

Maria Bartiromo was born to Italian-American parents Vincent and Josephine Bartiromo, and was raised in the Dyker Heights area of Brooklyn in New York City. Her father was the owner of the Rex Manor restaurant in Brooklyn and her mother served as the hostess seating guests. Her mother also worked as a clerk at an off-track betting parlor. She says her parents taught her the value of hard work and the power of free enterprise early on. Her mother’s family was from Agrigento, Sicily, and arrived in the U.S. in 1898.[ Her grandfather, Carmine Bartiromo, arrived in New York from Nocera in Campania in 1933 and served in the U.S. armed forces.

Maria Bartiromo joined FOX Business Network (FBN) as Global Markets Editor in January 2014. She is the anchor of Mornings with Maria on FBN (6-9 AM/ET), which is the number one pre-market business news program in cable, and anchors Sunday Morning Futures (10 AM/ET) on FOX News Channel (FNC), which routinely ranks as the highest rated show on Sundays in cable news. In April 2017, Bartiromo was also named the anchor for FBN’s weekly primetime investing program Maria Bartiromo’s Wall Street (Fridays at 8 PM/ET).

Bartiromo has covered business and the economy for more than 25 years and was one of the building blocks of business cable network CNBC. During her 20-year tenure as the face of CNBC, she launched the network’s morning program, Squawk Box; anchored The Closing Bell with Maria Bartiromo; and was the anchor and managing editor of the nationally syndicated On the Money with Maria Bartiromo, formerly The Wall Street Journal Report with Maria Bartiromo.

Bartiromo has been a pioneer in financial news television. In 1995, she became the first journalist to report live from the floor of the New York Stock Exchange on a daily basis. She joined CNBC in 1993 after five years as a producer, writer and assignment editor with CNN Business News, where she wrote and produced some of CNN's top business programs.

She has received numerous prestigious awards, including two Emmys and a Gracie Award. Her first Emmy was for her 2008 News and Documentary coverage of the 2007-2008 financial collapse and her "Bailout Talks Collapse" coverage was broadcast on NBC Nightly News. She later won a second Emmy for her 2009 documentary, "Inside the Mind of Google," which aired globally on CNBC. Bartiromo won a Gracie Award for "Greenspan: Power, Money & the American Dream," also broadcast globally on CNBC.

In 2009, the Financial Times named her one of the "50 Faces That Shaped the Decade," and she was the first female journalist to be inducted into the Cable Hall of Fame Class of 2011. In 2016 she was inducted by the Library of American Broadcasting as one of its Giants of Broadcasting & Electronic Arts. Bartiromo is the author of several books, including The Weekend That Changed Wall Street, published by Portfolio / Penguin, and The 10 Laws of Enduring Success, published by Random House; both were released in 2010.

Bartiromo is a member of the Board of Trustees of New York University, the Council on Foreign Relations, and the Board of Directors of The National Italian American Foundation (NIAF).