Doherty To Murphy: I Ain't Buyin'! 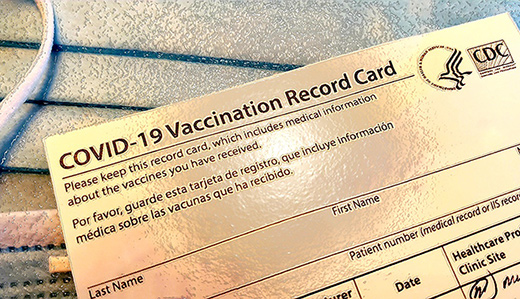 “Nobody should be shocked if the Governor implements DeBlasio-style vaccine and vaccine passport mandates two days after the election,” said Doherty (R-23). “He’s not honest enough to tell New Jerseyans the truth, but that’s exactly what he wants to do. Murphy regards state residents as rubes that he can easily fool.”

Doherty’s suspicions were supported Monday when an undercover video was released by Project Veritas that caught two close allies of the Governor asserting that a statewide vaccine mandate was coming after Election Day.

“Throughout the pandemic, Murphy took advantage of every opportunity to limit our liberty, strip away freedoms, and rule like a dictator,” Doherty said. “Vaccine mandates like they have forced on residents in New York City fit right in the Governor’s heavy-handed authoritarian style.”

New York City is requiring all city employees, including policeand fire fighters, to be vaccinated. The new mandate eliminates the testing option for non-vaccinated workers.

Teachers in the city faced a vaccine deadline earlier this month, and for two months, the city has required that people age 12 and older show proof they have had at least one Covid-19 vaccine dose for indoor dining, indoor fitness activities and indoor entertainment, including movie theaters, concert venues, museums and sports arenas.

“This is precisely why the Legislature must act to limit emergency powers and prevent any governor from grabbing unchecked unilateral authority during a crisis,” said Doherty. “This is not the way New Jersey government is supposed to work.”

Doherty sponsor legislation, S-2482, which would prohibit certain emergency executive orders from lasting more than 14 days unless the Legislature approves an extension.

“A governor needs to be able to respond quickly when emergencies happen, but they shouldn’t be able to grant themselves open-ended powers as Governor Murphy has done for 18 months,” said Doherty. “At some point, the public deserves for their elected legislators to have a say on important matters impacting the lives and livelihoods of their constituents.