Angelo Siciliano
Long before Arnold Schwarzenegger there was Angelo Sciliano. And, make no mistake about it, his toned muscular physique rivaled any before or since. Indeed, it could be said that he invited body building, or at least brought it into the mainstream and made it part of the popular culture

The world knew him as Charles Atlas. He popularized the body-building technique, called “Dynamic Tension” in 1921 and was dubbed “America’s Most Perfectly Developed Man” by Physical Culture magazine. By the 1950s, the former Coney Island janitor had over one million followers. 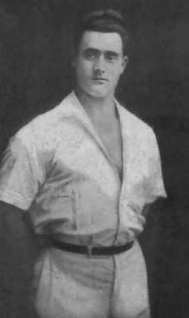 Charles Atlas, was the developer of a bodybuilding method and its associated exercise program that was best known for a landmark advertising campaign featuring Atlas’s name and likeness; it has been described as one of the longest-lasting and most memorable ad campaigns of all time. According to Atlas, he trained himself to develop his body from that of a “scrawny weakling”, eventually becoming the most popular muscleman of his day. He took the name “Charles Atlas” after a friend told him he resembled the statue of Atlas on top of a hotel in Coney Island and legally changed his name in 1922. His company, Charles Atlas Ltd., was founded in 1929 and continues to market a fitness program for the “97-pound weakling”.

Born in Acri, Calabria, Italy, Angelino, as he was also called, moved to Brooklyn, New York, in 1905 and became a leather worker. He tried many forms of exercise initially, using weights, pulley-style resistance and gymnastic-style calisthenics. Atlas claimed they did not build his body. In 1922, he met Dr. Frederick Tilney, a British homeopathic physician and course writer. Atlas and Tilney met through Bernarr MacFadden, who was using Atlas as a model for a short movie entitled, “The Road to Health.” Atlas wrote a fitness course and then asked Tilney to edit the course. Tilney agreed and Atlas went into business in 1922. Tilney himself had an extensive background in weight training.