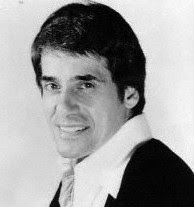 Peter Gennaro grew up dancing, earning tips in the New Orleans bar and restaurant owned by his Italian immigrant parents. So, it naturally followed that he would make dancing a huge part of his life -- and he did!

Gennaro made his Broadway debut in the ensemble of Make Mine Manhattan in 1948. He followed this with Kiss Me, Kate (1948) and Guys and Dolls (1950). He first drew notice from theatergoers as a member of the trio that danced the Bob Fosse number "Steam Heat" in The Pajama Game (1954), and continued to hold their attention with the "Mu Cha Cha" number with Judy Holliday in Bells Are Ringing (1956). A year later, he broke out of the chorus line and into choreography when he collaborated with Jerome Robbins on West Side Story, notably choreographing (without credit) a majority of the "America" and "Mambo" dance sequences.

In addition to his theater chores, Gennaro worked steadily in television, appearing in and/or choreographing such shows as Your Hit Parade, The Polly Bergen Show, Judy Garland's CBS variety program, and the Kraft Music Hall. With his dance troupe, he was a guest on Ed Sullivan's CBS Sunday night variety show dozens of times, and he was a member of the regular repertory company on the short-lived CBS variety show The Entertainers (1964–1965), one of the stars having been John Davidson. He also served for many years as choreographer for Radio City Music Hall, staging routines for The Rockettes.

He was inducted, posthumously, into the American Theatre Hall of Fame in 2002.

His daughter, Liza, is also a dancer and choreographer and Dean of Musical Theatre at Manhattan School of Music, and his son Michael is the Executive Director for Trinity Repertory Companyand has served as executive director of both the Steppenwolf Theatre Company and the Paper Mill Playhouse. The family lived for a time in Paramus, New Jersey up to 1972. Gennaro died in New York City at the age of 80.