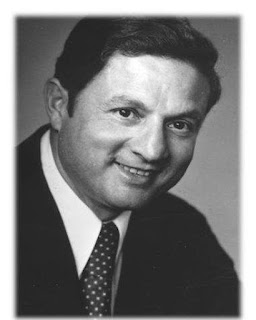 If you made your cup of coffee in a countertop electric coffee maker this morning and you really savored that first sip, you can thank Vince Marotta.

In 1968, Marotta also sought to develop a better home coffee maker. While home coffeemakers had existed for decades, Marotta was not pleased with earlier versions. In 1972, Marotta and Samuel Glazer unveiled Mr. Coffee. This coffeemaker, known for its convenience and speed, almost immediately became a bestseller. By 1975, North American Systems, Inc., the first manufacturer of Mr. Coffee, was selling approximately thirty-eight thousand Mr. Coffees each day. Eventually, Sunbeam Corporation and American Household, Inc. each acquired the production rights to Mr. Coffee. Even into the 21st century, Mr. Coffee, now manufactured by Jarden Corporation, remained the world’s best-selling coffee maker for home use.

Marotta also developed a better way to extract oil from coffee beans and invented the paper coffee filter. Vincent Marotta spent his youth in Cleveland, Ohio. The son of Italian immigrants, Marotta assisted his father, who could not speak English, in operating the family business, which was coal mining. Upon graduating from high school, where he had excelled in several sports, Marotta enrolled at Mount Union College. The St. Louis Cardinals had already signed Marotta to a contract to play professional baseball, but the young man decided to attend college for at least one year before pursuing a professional baseball career. Unfortunately for Marotta, World War II happened and he was drafted into the United States military. Following Marotta’s service in the armed forces, he returned to Mount Union College, where he excelled in football, as well as track. Upon graduating, Marotta briefly played professional football with the Cleveland Browns.

After retiring from football, Marotta embarked upon a career in construction and land acquisition. At first Marotta built garages, but quickly expanded his company and built subdivisions and shopping centers. By 1968, Marotta had emerged as a leading construction firm in the Cleveland area. this was a man who seemed to succeed at whatever he set out to do -- a true American success story!