Has The Cherry Lost Its Luster? 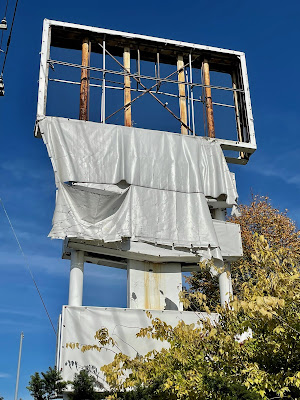 There's nothing like the gleam of a vivid, ripe cherry. It shimmers with freshness and temptation.

That's the way Cherry Hill was in its heyday. It audaciously spread its wings from west to east with stores, homes, dining spots and inimitable attractions. It emerged with a swiftness and confidence that said: "Look at me!" And people did more than look. They indulged.

The newly named Cherry Hill celebrated its early years and even weathered its middle years with style and panache. But now, it's well past middle age and the question must be posed: Has the town lost its luster? Is there nothing left that makes it unique, appealing or even distinctive. Take a look around you:

On top of all this, Cherry Hill's property taxes have continued to climb year after year like a steady drip, drip, drip on homeowners' income amidst the added hidden tax of runaway inflation.

When you step back and look at it all, it makes you wonder: where are we headed? Can we somehow regain control of our own town and begin to move forward as a mature community with a reasonable sense of balance and harmony? Or, are we destined to be a "place that used to be" -- a place one simply passes by? We'd better get our act together soon, as it appears that time is running out.