What The Hell Is 'White Privilege', Anyway? 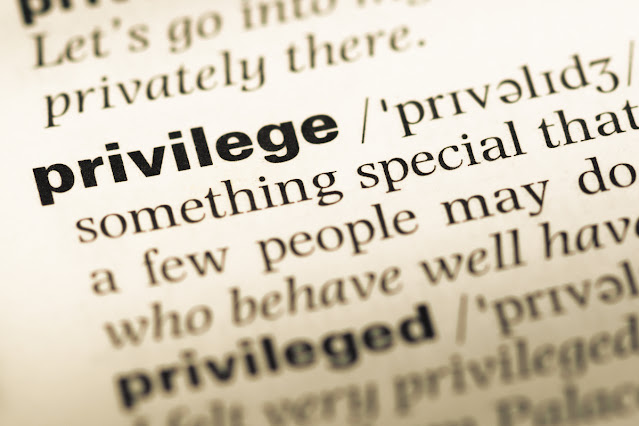 It’s a term we hear all the time now and it’s become accepted almost as a kind of fait accompli. But what’s it really mean and where did it come from?

Apparently it had its origins in (big surprise here) academia and was concocted by a professor of women’s studies at Wellesley College, the alma mater of Hillary Clinton and many other white liberals. This professor made up a list of all the “white privileges” she thought she had. That’s it. Sounds quite arbitrary, doesn’t it?

Even now, white privilege has never been clearly defined. For example some people say that it can roughly be defined as follows: “White privilege doesn’t mean your life hasn’t been hard. It just means your race isn’t one of the things that make it harder.”

But the notion that the color of your skin alone prevents you from succeeding (or even retards your success) is mostly a fallacy — especially in America. Because many non-white people in America actually do better overall than whites. For example, Japanese Americans (a group that suffered oppression and marginalization in America) now outperform whites in this country in test scores, educational achievement and income while having lower incarceration rates. And this is generally true for Asian-Americans as a whole. Furthermore, a recent study that examined ethnic groups according to economics, education, crime and health outcomes found that several non-white groups in America surpassed whites in median family income and other categories. Among these were Lebanese, Chinese, Cuban, Pakistani, Filipino, Nigerian and Iranian Americans.

And this isn’t limited to these groups alone, nor is it a sudden occurrence. Would you believe the percentage of Black high school graduates enrolled in college jumped to 71 percent eight years ago, exceeding the enrollment rate of whites (67 percent). It’s true! Hard to find any white privilege there.

Here’s something else that may surprise you: today, in America, almost twice as many white Americans live in poverty as Black Americans. Again, where’s the white privilege?

And there’s more. For example there are a whole host of maladies and diseases that white people are far more likely to suffer from and die from than African-Americans. And the suicide rate in America is more than twice as high for whites than it is for Blacks. In part because of suicides, whites are dying faster than they are being born in most US states. But we hear virtually nothing about any of this from the mainstream media.

That’s because, despite all that I’ve pointed out, the idea of white privilege persists.

And now it’s being perpetuated in our schools via curricula influenced by critical race theory which teaches that whites are privileged and benefiting from an all-pervasive systemic racism that holds Blacks back and turns them into permanent victims.

Of course, that could be why it’s called critical race theory.

But when a mere theory becomes an ideology (and that’s what’s happened here) and that ideology is presented in the classroom as fact — indeed, as a matter of faith that you dare not challenge— then, we’ve got a Big Problem. It’s almost as if the idea of white privilege itself is promoting  a sort of reverse racism.

And this dangerous notion is becoming pervasive throughout the region, including right here in Cherry Hill where some of the disciples of critical race theory are apparently guiding the district’s new mandatory curriculum on African American studies and race relations while the superintendent talks systemic racism and repeats the “Black lives matter” mantra.

You’d expect such simple minded sloganeering from a rabid ideologue. But from a supposed learned educator? C’mon!

So, in the end, what should we be teaching our kids?

Obviously, we should teach them how to think; not what to think.

And maybe we should start with this: always be suspicious when people make up words and slogans to advance arguments. Be very, very suspicious. And never be afraid to challenge them!

For more on the fallacy of white privilege, please click here.