Star Of 'To Kill A Mockingbird' Dies 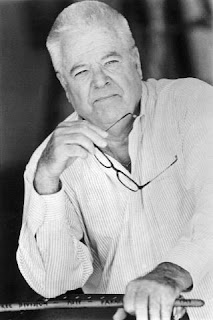 You may remember him in those courtroom scenes in the classic film, To Kill A Mockingbird.

Then again, you may remember him from more than 18 Broadway plays including 'Come Blow Your Horn.'

Or, you may remember him from dozens of other movies or from TV on The Farmer's Daughter or My World And Welcome To It.

The consummate actor William Windom is dead at 88.

Emmy Award winner Windom's long career won him critical acclaim and audience approval, although he prefered to describe it as "95% approval and a few arrows along the way."
The steadfast Windom wasa native of New York City and began his acting career there in 1946 (as a member of the American Repertory Theatre) where he remained through 1961. He appeared in many Broadway plays and five off-Broadway productions, including "Henry VIII", Twelfth Night," Androcles and the Lion," "Time Remembered," "Candie," "The World of Susie Wong," and "Come Blow Your Horn".

On television, Windom starred in the series "The Farmer's Daughter" (1963-1965) and "My World and Welcome To It" (1969-1970), for which he won an Emmy Award as Best Actor a Comedy series. His other television credits include guest starring roles in eposodes of countless series. including "Dallas," "All In The Family," "Flamingo Road," "Night Gallery," "Hotel," "Highway To Heaven," "Hardcastle and McCormick," and "Parenthood". He also portrayed Commodore Decker in "The Doomsday Machine" episode of "Star Trek".

His feature films included "Sommersby" with Jodie Foster, "Planes, Trains & Automobiles," "To Kill A Mockingbird," (he played the prosecutor) "For Love or Money," "Thurber I and II," and "Ernie Pyle I and II" in 1976. During the past 25 years, he gave hundreds of these performances to audiences throughout the United States, Hong Kong, England and Canada. Of Windom as Thurber, The Washington Post says, "The Thurber show ranks with Holbrook's Mark Twain and Whitmore's Will Rogers". The London Daily Mail thought it "an oasis of laughter and civilized stimulation" and the Los Angeles Times said "it's as if the water-clear simplicity of Ernie Pyle's could only have had Bill Windom for a storyteller...Windom has the gift of picking the terrible plainness of living and bringing it forward to say, 'See? Here's what we are, every one of us. And do you know, we're not bad.'"

Windom's other loves included chess, tennis and sailing. He was not one for accolades, but he did like the fact that his name was used in the New York Times crossword puzzle and that a game of his was printed in "Chess Life" and the Los Angeles Times. He's owned seven different small boats since 1953 and won numerous sailing trophies. Several years ago, Windom bought a small island for $1.00 in Windom, Minnesota, so named for his great-grandfather, a Congressman and member of Lincoln's Kitchen Cabinet, who later became a Senator and Secretary of the Treasury. The island's a wildlife refuge, and Windom admitted he was "open to any other islands at or near that price."

Windom lived in Northern California with his wife Patricia.
Posted by Dan Cirucci at 4:25 PM