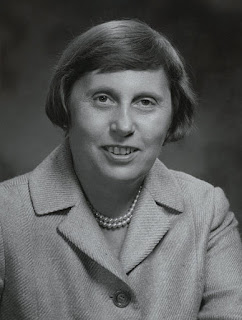 Ella Rosa Giovianna Oliva (Tambussi) Grasso, was a  trailblazing politician who served as the 83rd Governor of Connecticut from January 8, 1975, to December 31, 1980. After rejecting past offers of candidacies for Senate and Governor, she was the first woman elected to this office and the first woman to be elected governor of a U.S. state without having been the spouse or widow of a former governor. She resigned as governor due to her battle with ovarian cancer. She died shortly after her resignation. But during her time in politics she opened the door for many others who followed.

Ella Tambussi was born in Windsor Locks, Connecticut, to Italian immigrant parents Maria Oliva and James Giacomo Tambussi, a mill worker. Ella Tambussi learned to speak fluent Italian from her parents. She started in politics as a member of the League of Women Voters and Democratic speechwriter. She was first elected to the Connecticut House of Representatives in 1952 and later became the first female Floor Leader in 1955. She was then elected as  Secretary of State of Connecticut in 1958 and served until 1971. Grasso went on to serve two terms in the United States House of Representatives from 1970 to 1974. Then she was elected Governor in 1974 and re-elected in 1978.

On February 5, 1981, less than a year after being diagnosed with ovarian cancer and less than six weeks after leaving office, Grasso died at Hartford Hospital after suffering a heart attack and organ failure. She was survived by her husband and their two children. Following her death she was laid in state from February 8 to 9 at the Connecticut State Capitol and was later buried in St. Mary's Cemetery in Windsor Locks.