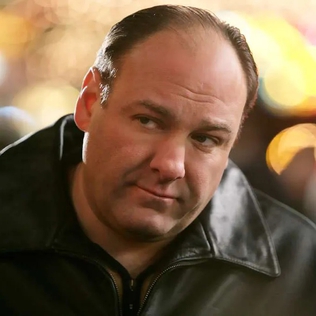 No, I'm not watching.

I never was a big HBO fan in the first place -- too expensive and lots of trashy TV. It's simply exploitative and little more.

But the truth is I absolutely won't watch any more shows about Italian American mobsters. And certainly not during Italian American Heritage Month. But really, I won't watch such shows at any time nor do I wanna see any such movies. It's degrading and it dishonors the legacy of everything my parents and grandparents worked so hard to achieve. It's disgraceful!

Quite simply, it's enough already. I'm tired of Italians being depicted this way -- being shown as pugnacious, combustible palookas who are as likely to kill as to kiss. I'm over it. And I've been over it for a long time because I know this is not who we are.

In truth, no racial, ethnic or similar group in our society should have to endure being degraded and trivialized in this manner.

So, if you're watching the Sopranos prequel (or whatever it is) shame on 'ya!

You're being had. And that's all the sorrier because there are so many, many other things to watch. Why be taken in by all this? The story is trite, stereotypical, tired and insulting. Turn it off. Turn away. Give it up already!