My friend Christine Flowers and I have a bit of a disagreement about the endurance and the impact of clichés and stereotypes surrounding Italian Americans. Now, Christine has decided that we'd present our views in her column in today's Delaware County Daily Times. Here's an excerpt from the column. Christine goes first: 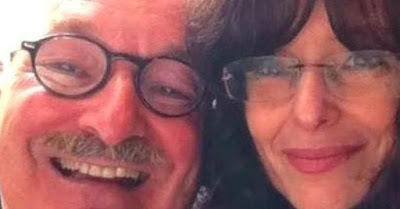 My Italian heritage is a mammoth part of my identity.  You wouldn’t know it from my last name, but I descend from a long line of men and women who have vowels at the end of their own.  They painted frescoes on the ceiling of St. Peter, taught the world that the Earth revolved around the Sun, were experimenting with flight centuries before the Wright brothers, turned the last gasps of breath of doomed Violetta into heartbreaking music, walked us through the Valley of Death, up the steps of Purgatory and through the gates of Heaven, and fed us the only food that fills the soul, beyond satisfying the stomach.

My Irish-French-Swedish (but mostly Irish) father had no problem with my indoctrination in “Italianita`” because he himself had been enchanted by his wife, a Sophia Loren lookalike who brought as her wedding dowry the civilization of emperors, aqueducts, orators and myth.  If anything, Irish Teddy was even more Italian than my mother, often joking in an off-color way that he was “Italian by injection.”  And it’s no coincidence that his hero, Cicero, shared his birthday: January 3rd.

I write all of this not as an excuse for what follows, but as my certificate of authenticity, presented to you so that you will know my allegiance.  My pride comes from a source so deep and inexhaustible that I have taken any affront to this heritage as a personal attack.  The people who tried to have the statue of Columbus torn down from its place of honor in South Philadelphia’s Marconi Square were assaulting me, trying to steal from me my birthright, insulting my intelligence and crushing me under the weight of their ignorance and bigotry.  It was personal, and that is why I despise them, along with the mayor who supported them.  Don’t dare . . . To read the rest of the column click here.