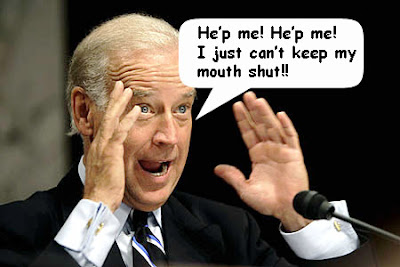 Jon Corzine practically brokered away our state in deals with the unions just so that he could pull off his primary election night rally with Joe Biden last month but now Biden doesn't even remember his name.
Biden still thinks our governor is named Kean, or Kaine (sounds the same no matter how you spell it). But former New Jersey Governor Tom Kean left the Governor's office twenty years ago! And Tim Kaine is now the Governor of Virginia and Chair of the Democratic National Committee.
Well, given the Democrat's prognosis in Joisey this November maybe Biden would like to forget that Jon Corzine really is our Governor. But Biden and the Democrats are stuck with Corzine as their standard-bearer. Suck it up, Joe.
Anyway, here's the story from Andrew Malcolm at the Los Angeles Times:
Washington. Mandarin Oriental Hotel. LGBT fundraiser. Hauled in about $1 mill. 33% better than last year with Michelle Obama.
Maybe four dozen protesters outside, impatient with the Obama administration's perceived slow pace on lesbian and gay issues. Signs: "SHAME." "Gay Uncle Toms." Chants: "Shame on You." "Boycott the Bigots."
Inside, Biden spoke 20 mins. Lots of applause. "I am not unaware of the controversy swirling around this dinner and swirling around the speed or lack thereof that we are moving on issues that are of great importance to you."
Boasted the new administration has appointed 60 gays or lesbians, including nine requiring Senate confirmation. Promised to "put some pace on the ball."
Standing ovations as he pledged to repeal the Defense of Marriage Act, Don't Ask Don't Tell and get passage of the Lieberman-Baldwin bill on health benefits.
Additionally, Biden promised to put a ban on workplace discrimination, get adoption rights for all and end the HIV travel ban.
Biden also praised Tim Kaine as the "great governor of New Jersey."
One problem: Tim Kaine's not governor of New Jersey.
Jon Corzine (right) is governor of New Jersey (Remember, he didn't wear his seatbelt in the state patrol car for the big high-speed crash).
Tim Kaine is governor of another state, called Virginia.
He's also chairman of the Democratic National Committee.
Biden is from Delaware.
Posted by Dan Cirucci at 8:47 PM